I arrived with the intention of completing a painting on silk bonded with canvas that I had been struggling with for over two years; the aim was to 'fix it' in two days.  I had a definite sense of purpose, a job to do, a deadline.

I struggled on for a day.  The energy was all wrong;

So I peeled away the layer of silk to expose the canvas below, gold had already been applied to shine through the silk, and I worked on this instead; 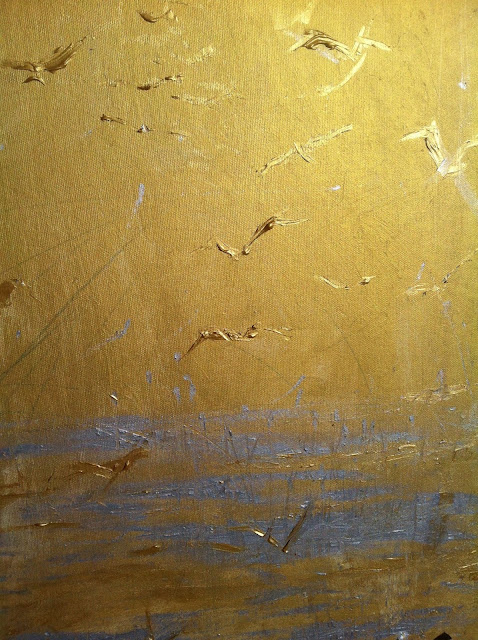 A sea with swallows swarming arrived

Day 2. Being at Tyrone Guthrie Centre, informed by the greens of the surrounds, the lake, memories of a Barrie Cooke series of dripping jungle foliage ... I painted on, and birdlike creatures, primordial, a deep lake took over.

A gift of extra time arrived and I washed back, exposing layers.  Ships, distant horizons, movement, 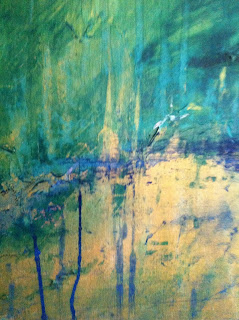 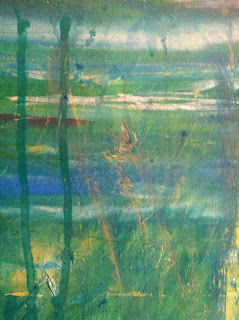 A sprite appeared cradling something precious 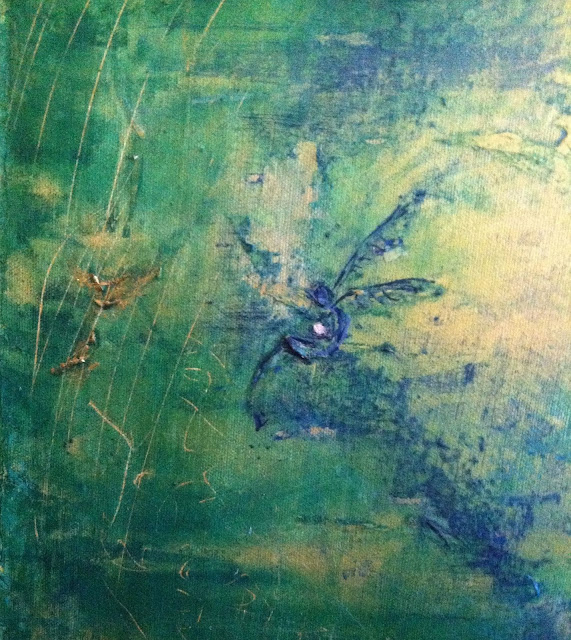 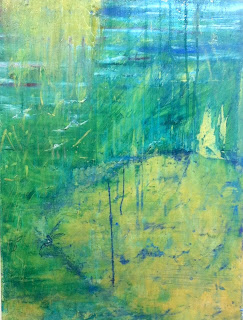 The work
The Gift of Time